The Sirius System and Goddess Isis

The system of Sirius is the gateway connecting our Solar System and the Milky Way Galaxy. This is to say beings from any part of the Galaxy wishing to descend on Earth would need to pass through Sirius as a control station. In particular, star seeds who have volunteered to embark on a human journey as part of a galactic force to support the spiritual transformation of humanity would have stopped over at Sirius to be trained and prepared for their mission on Earth. This is the reason for many star seeds to feel exceptionally close to Sirius as if they have always known and remembered this special place. Indeed Sirius is the womb which nurtured, protected and prepared these galactic light warriors for their first incarnation on Earth.

Isis is a light being of Sirian origin. She took human form during ancient Egypt to anchor the galactic consciousness on Earth mainly through the central portal, the Great Pyramid in Egypt. She was known as the Moon Goddess of Magic and Healing by the ancient Egyptians.  As I write this post, Isis reveals that she is also the over-soul of Queen Nefertiti, the royal wife of Pharaoh Akhenaten. Due to her Sirian lineage, many star seeds on Earth are very drawn to Isis too. 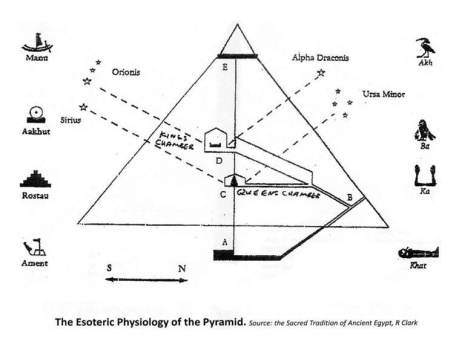 The intent of this energy transmission is to activate and actualise your Buddhic and Christ consciousness qualities. It involves rewiring your neural pathways to permit an expanded and elevated perception of who you are (galactic awareness) while simultaneously increasing your affinity to mankind (human-ness).

You may listen to the energy activation more than once, although this is not necessary. 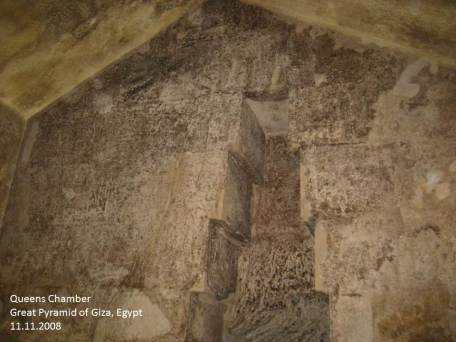 1. Visualise yourself standing inside the shrine of the Queen’s Chamber (see photo above).

2. Place both your hands on your heart chakra, in the middle of the chest.

4. Take several deep breaths to allow the energy transmission to be sealed in your light body and penetrate into your chakra system, from thereon triggering the changes in your nervous system as explained.

5. Remain in a meditative state until you feel the energy transfusion in the body is complete.

Other Learning Resources on Related Topic

May this full moon in Taurus-Scorpio accompanied by a lunar eclipse heals the illusory separation of the form (human) from the formless (galactic). Many blessings, Amara Tia.