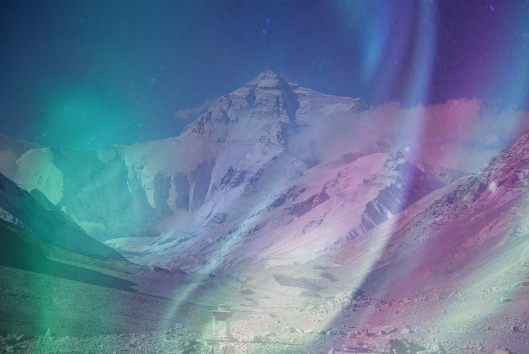 This is a rather long message I have just received from Shamballa, the City of Light existing in the etheric plane over the Gobi Desert. Please sit back, relax and read it at your own pace, perhaps over a cup of coffee or tea?

You can imagine Shamballa as the ‘headquarters’ of the Ascended Masters where important meetings are convened, especially on matters relating to the evolution of Earth and humanity. I am told Shamballa will soon be chaired by Lord Maitreya (exact timing not revealed to me). More about Shamballa available in Recording of Master Teaching Class, The Flame of Shamballa.

As Within, So Below.  Thus, the Ascended Masters presently congregating at Shamballa is being externalised as the 11th ASEM Summit taking place in Mongolia over 16-17 July 2016. Gobi Desert is located at Southern Mongolia. Since its inauguration in 1996, this is the first time the ASEM Day is celebrated in Mongolia. The symbol “11” refers to the light-bearer, the beacon, spiritual teacher. It is also the numerological representation of the name ‘MAITREYA’.

Higher programming from the galaxy and beyond is typically received through the Third Eye Chakra; this is the same for Earth and ourselves. Similar to the circulatory function of the human physical heart, the Heart Chakra’s role is to circulate, disseminate and cause the new programming codes received via the Third Eye to flow through the entire energy system. With the activation of these two chakras on Earth’s 5D body in 2012-2013, it was as if the mind (consciousness) and the heart (knowingness) began synchronizing with each other (heart-mind union; feminine-masculine unity). This phase was pivotal to New Earth Tara’s continuous transition into a fully evolved 5D body of light.

THE MESSAGE – Awakening of Tara’s Throat Chakra at Himalayas

For a few years now, many friends have asked about the location of New Earth’s other chakras. I was just as curious to find out but have resisted asking my guides prematurely, given that ‘divine timing rules’.

Just yesterday, the guides disclosed that the Throat Chakra of Tara will be at the Himalayas of Tibet. In fact, from today through to the full moon of 19th July, the kundalini of Earth will begin to flow towards and gather around the Himalayas to activate another one of her 5D energy portals, namely the Throat Chakra (also known as the Will or Expression center). 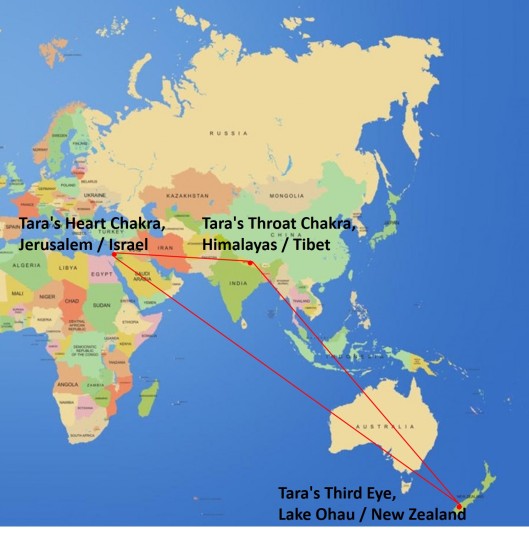 Implications – As the human energy field is inter-connected with Earth’s, the awakening of her 5D Throat Chakra inevitably triggers the same expansion in us and accordingly, accelerates the transformation of ourselves into spiritual teachers of the Golden Age, transmitting and sharing messages of unity, love and oneness. In short, awakening the energetic properties of “11” in the planetary workers. Throat Chakra is the expression center of truth.

Just as importantly, the activation of Tara’s Third Eye, Heart Chakra and soon, her Throat Chakra will catalyse mankind’s spiritual awakening by aligning our Mind, Heart and Will with that of God’s, as envisioned in The Great Invocation prayer.

Suggested meditation on full moon 19th July to support New Earth’s further expansion – if the message from Shamballa speaks to your heart and you feel the calling to participate in the impending energy shift for Tara, please consider incorporating the following meditation in your full moon celebrations.

From the centre which we call the race of men
Let the Plan of Love and Light work out
And may it seal the door where evil dwells.

Let Light and Love and Power restore the Plan on Earth.

-excerpted from The Great Invocation