The Pleiades promised us a fun and timeless retreat in Scotland. As it turned out, they actually delivered even more! Together with the ancient energies dwelling there, including the Druids, the Green Man and Avalon Priestess Coleentina, the Pleiades not only gifted us introspective teachings about time and space, they also created a magical journey for our group of 24 joyful souls.

I am sure there were many ‘wow’ and ‘ah-ha’ moments experienced by the group as we connected with the various sacred sites and, just as importantly, interacted with each other. I could publish a book just sharing my experiences alone! For now, I thought the following impactful connections might be worth sharing:

Lily, literally the star in the group, celebrated her 1st birthday with us in Oban (our first stop). She is an incredibly happy star baby, having incarnated without any human karmic imprint. Her parents revealed that Lily knew she wanted to be part of this sacred journey the minute we announced it. Without hesitation, they soon signed up as a family. Lily’s inner knowing became obvious when she contributed her soul wisdom during the workshop ‘Joyous Living In No Time’. Absolutely impressive information came through Lily as the conduit during my telepathic interview with the star babies who are yet to incarnate: how they pick their earth parents, where about on Earth they are the most likely to be incarnated, how they communicate among themselves when on Earth, etc. 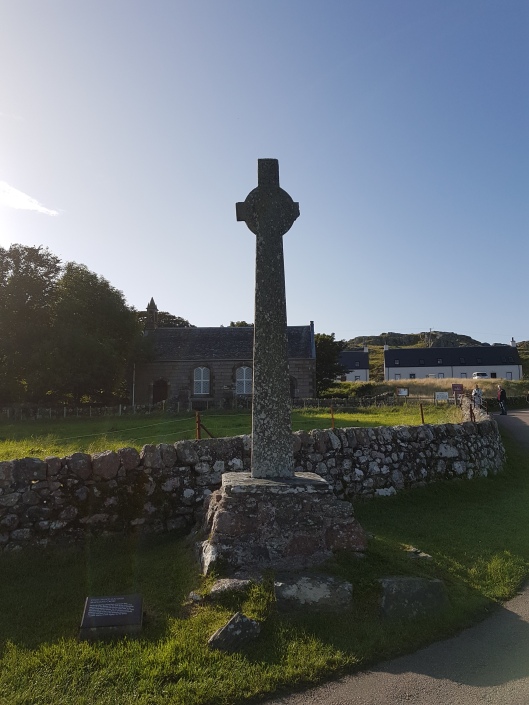 To me, the Isle of Iona exulted great mystery and magic. According to our local guide Glenn, Iona sits on the oldest land of Earth with a ley-line running through it. We connected with the soul energy of a Druid who taught a technique on changing the weather to our favour (we were hoping for a sunnier sky to make our hike up Dun I hill). We jumped with elation when the Sun appeared within minutes of our ritual and it stayed on for the rest of the day.

The Druid guide also taught the key for success in any kind of magic (such as Pagan Wicca) lies in aligning and arranging the elements of Earth, Fire, Water and Air in the appropriate order, pattern or direction, according to what is desired to be manifested.

As if to affirm magic is best created with a joyful intention and by tapping on the power of a collective consciousness, the Pleiades and our Druid teacher gifted us a couple of beautiful rainbows, including this extraordinary one captured on the cruise as we departed Iona (photo below). 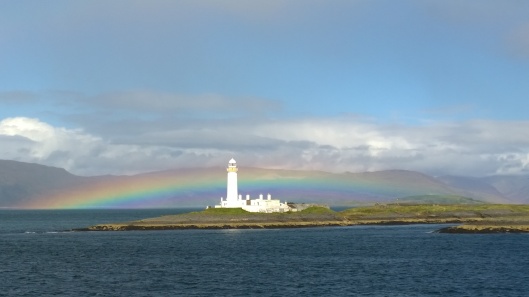 A light being, who introduced himself as the King of the Druids, came through at a site overlooking Mt. Schiehallion. Not only is Mt. Schiehallion the geographical center of Scotland main land, I was told it is also the spot where several-ley lines running through Scotland intersect, making this place an incredibly potent energy vortex. 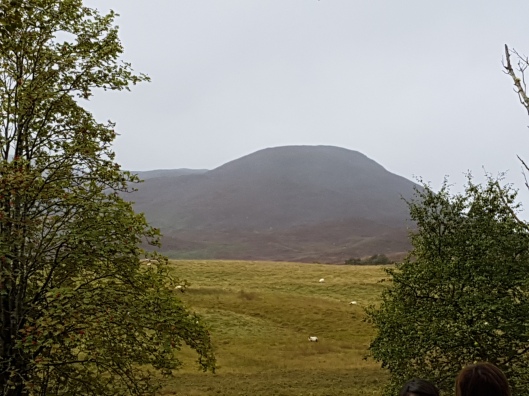 During the meditation led by the King of Druids (not surprisingly, his vibrational essence felt extremely similar to Merlin and Thoth), he shared that, just as the Pagans practiced magic using elements, esoteric spiritualists achieve the same results through re-sequencing or re-arranging geometric patterns. For a brief practice on the use of triangle as an energy frequency igniter, he instructed the group to gather in the shape of a triangle and guided us to visualise a triangle over our third eye Chakra (1st triangle). We then psychically connected Mt Schiehallion (2nd triangle) with the Great Pyramid of Egypt (3rd triangle). As the power of the 3 triangles (trinity) integrated to become One, it triggered the instantaneous release and transmission of Earth’s Kundalini beneath Mt. Schiellallion to Giza pyramid and onward to a whole network of pyramids on Earth.  What a powerful meditation that was!

Photos as doorways to power sites

Just as “a picture speaks a thousand words”, I believe photos of sacred sites, when taken with loving intention, can transmit waves of healing and creative forces from these power places. Through the above photos and wisdom shared by the Druid guides, may you be supported to create your New Moon intentions magically !

Many would agree that NZ is a place with several power sites. In 2012, I channeled that Castle Hill holds the heart Chakra of NZ, and Lake Ohau is where the third eye Chakra of 5th dimensional Earth is situated (both sites located in South Island, NZ).

Optimising on the auspicious date of 11.11, the finale of workshop series FLOURISH (commissioned by Archangel Metatron and the Inter-Galactic Federation of Light) will be held at Christchurch, not far from Castle Hill. Named THE GALACTIC CRESCENDO – Riding the Cross Galactic Octaves of Light on 11.11, this workshop is intended to mark the culmination and final seeding of cross-galactic ascension waves on Earth in 2017. See program details HERE.

Supporting through her sound work in THE GALACTIC CRESCENDO is our dear friend Vicky, who will also be hosting the Celebration of Light & Sound on the following day 12th Nov (Sun), in celebration of Earth’s potential and the wonders of the human vessel. Vicky explains more HERE.

If you feel the pull, join us in Christchurch for a weekend charged with galactic sound & light codes transmitted from beyond Milky Way. Email Vicky at vicky@vickycavanagh-hodge.com. to register for either or both events.

2 thoughts on “Magical Scotland – Recounting Sacred Journey ‘Into No Time’”