Photos and commentaries contributed by Wynnie Ng from Hong Kong.

Khamar Monastery is the biggest and most important Buddhist monastery in the Gobi. Furthermore, it is the only monastery in Mongolia directly connected to Shambhala. (Source: http://www.happymongolia.net/tours-shambhala-mystery.html)

Wynnie: This Monastry supposedly holds the energy of 3-fold flame. I was shown to lie on a small stone circle, apparently that was where one can receive the healing energy from the Mother Earth. Pity that I was too emotional to take any photos. The energy there was strong and nurturing and ‘hit’ my heart chakra strongly and I was in so much tears because of the heart opening experience.

Entrance of a series of MeditationCaves near Khamar Monastery, apparently very sacred, but I have not done much reading on this after I returned from the trip (Below)

Groups of huge size petrified wood near the MediationCaves (below)

Only women do milk offerings and make their dedication prayers there.

The social status of women was extremely low in Mongolia at the time of the Fifth Noyon Khutagt since it was commonly believed that women lacked intelligence, so teaching were not provided to them and they did not deserve the higher Dharma studies. Even today, there are many mountains and ovoos related to people’s religious practices which women are not permitted to climb or approach during ceremonies. Not only were women denied active participation in religous activities, they also did not have access to educational during that period.

The Fifth Noyon Khutagt Luvsan Danzan Ravjaa rejected this attitude saying “Since all of us were born from our mother, it is dishonest and unjust to scorn women, repress or belittle their intellectual capacity, etc.” and propagated a new doctrine and practice of respect for women. (Source: www.360cities.net/image/mother-breast-heap-tontoi-ovoo-mongolia#12.40,16.10,70.0)

Wynnie: It is one of the site of Petroglyhs where I seeked permission to enter the sacred Altai mountain and to connect with it. Gratefully my prayer was answered, permission were granted with the wolf-looking dogs to greet me warmly and be my guides during my short visit to the first nomad family I stayed with. These dogs are not trained to befriend with strangers. Even their owners were in awe when the dogs came to hug me. 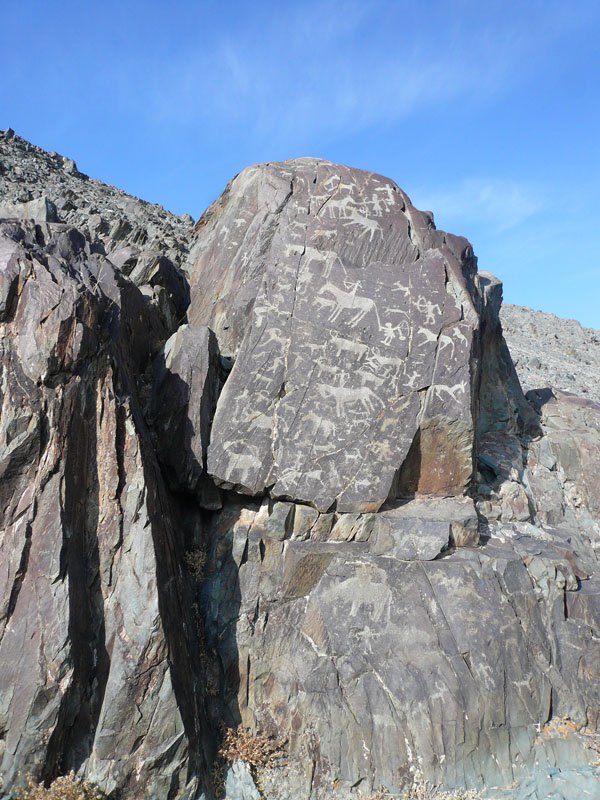 Photo Below  – “This is the exact valley appeared to my vision before I headed for the Mongolia trip to connect with Altai sacred mountains. It is where very closed to the tip of Western Mongolian border to Russia, China & Kazakhstan where stand five very sacred mountains. We climbed to the alter on top of the hill where sometime when in luck all five sacred mountains can be seen. The wind was blowing so strong that even standing up was difficult. No photo taken of the five sacred mountains, anyway they were behind the clouds that day.” 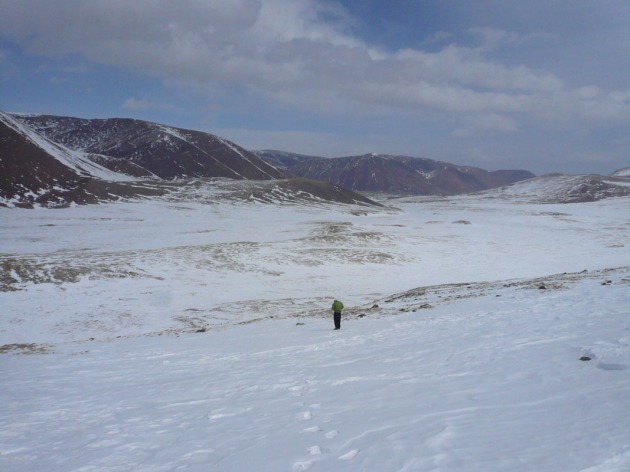 Photo Below – This is one of the many ancient burial sites for the ancient nomadic migrants as well as for their warriors. It is though the only I was being shown and particularly drawn to.

Photo Below – It is one of the many isolated stand alone nomadic home when I was travelling through the snow covered mountain ranges. Beautiful place to be! Hash living condition not to faint hearts in many ways too. One can travel all day without seeing much of others.