All photos below – contributed by Ann and Andy, February 2010.

(first two photos below) Cuzco, Sacred Valley – Ollantaytambo, the power place of the Llama, the Condor, the Puma and the Snake; and where the energy lines called The Tunupa’s Route are located. A great place for resting, reflection, healing and meditation, surrounded by the giant Andean Mountains.  Our Shaman guide of Andean tradition, Manco shown on the right.

(3 photos below) Lake Titicaca –  (i) a rare halo seen on sky during the Solar Disk Activation ceremony;  (ii) the ceremony led by Andean shamans; (iii) stillness of Lake Titicaca 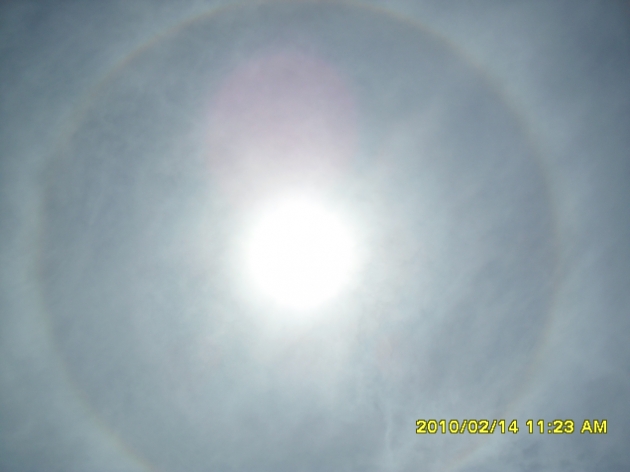